Are you looking to expand your expeditions outside of Miami or the Caribbean, but you’re not exactly sure where to travel? You’re in luck! There are so many different climate options and unique destinations in South America and Latin America, so you can achieve exuberant vibes with grand historical context in Antarctic mountains or tropical seascapes. 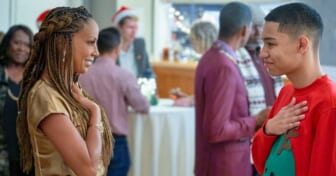 South America consists of 12 countries and three dependencies, while Latin America is a bit more complex, referring to the countries, regions, and dependencies in South America, Mexico, Central America, and the Caribbean — totaling 33 territories.

Latin America generally refers to lands that were colonized by European settlers where the romance languages of Latin, Portuguese, and French were and are spoken. Today, it extends to some English and Dutch spoken lands.

The best part of traveling is making new discoveries and stepping outside of your comfort zone. So, instead of going to the same places for the holidays, draw outside of your conventional lines, and book that trip to a new land. We chose five destinations In South America and Latin America to visit this holiday season.

Patagonia is not a new destination. But have you ever thought about touring the land that gave the name to one of the most well-known outdoor apparel and travel brands? Take a trip to the southernmost tip of the continent to visit Mount Fitz Roy, near the Chilean border.

This world phenomenon, also known as the “smoking mountain,” is considered one of the grand challenges for the world’s climbing community. Take a hike to view the glacier lakes and dramatic ice fields from a birds-eye view, and know that you have just completed one of the world’s most amazing climbing feats!

One of the world’s biggest ecotourism destinations is none other than Monteverde, Costa Rica. Check out the Cloud Forest Reserve and set your sights on an enchanting haven that your eyes may not even believe due to its beauty, biodiversity, and varied activities. Costa Rica is the globe’s natural playground with remarkable topography that you must visit in person to truly understand.

Columbia is one of the top stops on every South American traveler’s list. In addition to Cartagena, you can check out Ciudad Perdida, The Lost City. It is high up in the city’s lost mountain range, and the trek does take anywhere from 4-5 days. But your questions about mythology, folklore, gold and ancient civilizations just may be answered on this once-in-a-lifetime adventure. It’s worth a shot.

If you went to school in the US, at some point, you touched on a history lesson about the Aztecs, Mayanas, and Incas. Machu Picchu, Peru, is the place where the Incas lived. They built a civilization of impressive architecture in the Andean mountains with ruins still so incredible that it’s a global top tourist destination. Machu Picchu is revered as a sacred mountain metropolis. Take that trip.

Belize City is one of the most beloved Latin American seaport cities which means there are tons of shopping centers and street markets to indulge in. Outside of that, visit the casino and the Museum of Belize, the ​​historic St. John’s Cathedral, and the House of Culture as tourist attractions. Belize City is on the Caribbean sea, so lounge at the beach or take a sailboat ride in Haulover Creek. Regardless of what you choose, Belize City is a desirable vacation destination. 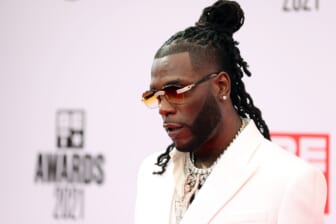 Have you subscribed to theGrio podcasts “Dear Culture” or “Acting Up?” Download our newest episodes now!