Food Waste Is A Growing Problem In The U.S. – Agweb Powered By Farm Journal

A new report shows over one-third of the food produced in the U.S. is never eaten. Not only does this waste resources used to produce food, but it also creates a myriad of environmental impacts, the U.S. Environmental Protection Agency (EPA) said in its latest report.

Food waste is the single most common material landfilled and incinerated in the U.S. In its report, “From Farm to Kitchen,” EPA pointed out that wasted food presents opportunities to increase food security, foster productivity and economic efficiency, promote resource and energy conservation, and address climate change.

Nearly seven years ago, the U.S. announced a goal to halve U.S. food loss and waste by 2030, but EPA said significant progress has not been made toward this goal. 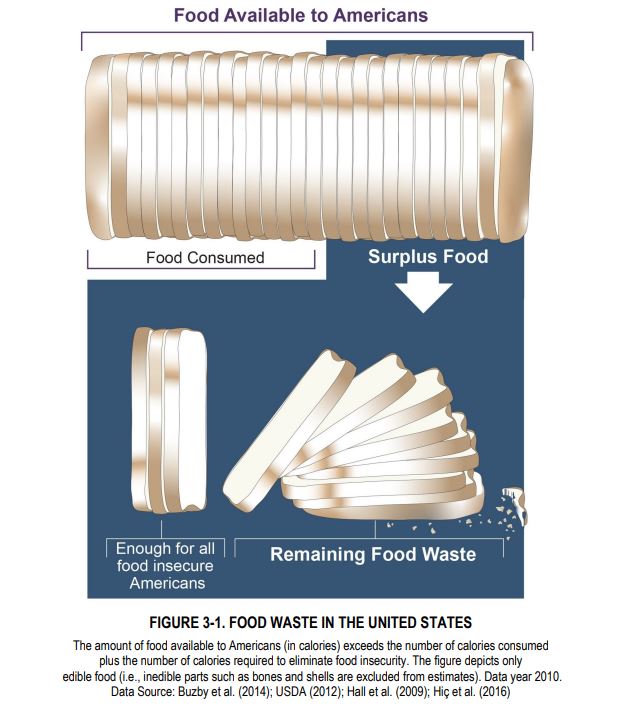 Reducing food waste can help feed the world’s growing population more sustainably. The United Nations (UN) predicts that the world population will reach 9.3 billion by 2050. This increase will require a more than 50% increase in food production from 2010 levels.

Estimates that include food lost or wasted during all stages of the food supply chain (from primary production to consumption) range from 161 to 335 billion pounds per year, or 492 to 1,032 pounds per person per year, equal to approximately 35% of the U.S. food supply.

The report also examines how U.S. food loss and waste compares to other countries. The U.S. currently wastes more food and more food per person than most any other country in the world.

“Closing yield gaps and increasing productivity alone will likely be insufficient to prevent further deforestation and environmental degradation,” the authors of the report said. “Even under the most promising scenarios of yield increases, up to 20% more land will be needed by 2050. Thus demand-side measures, such as reducing food loss waste or dietary shifts, will also be needed to sustainably increase the food supply.”

The full EPA report can be accessed here.