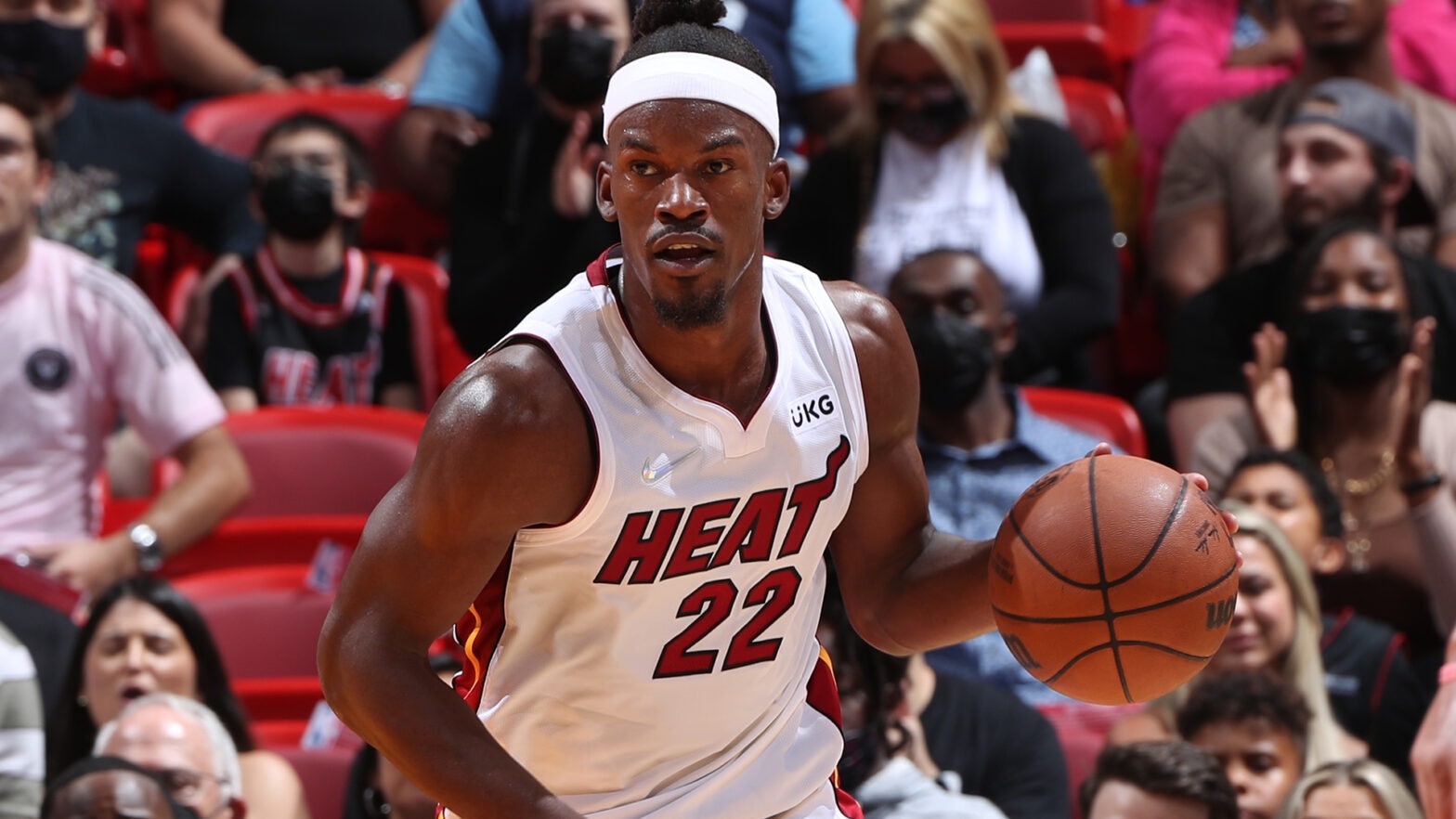 Jimmy Butler is back with the Heat after missing 8 straight games with a tail bone injury.

After missing the last eight games with a tail bone contusion, Miami forward Jimmy Butler returned to the lineup in the Heat’s 93-83 victory against the Orlando Magic on Sunday.

Butler notched a double-double in his return, scoring 17 points and grabbing 11 rebounds, and added four assists and three steals to his total tally.

The five-time All-Star has been plagued by the injury this season, missing a total of 15 games so far in 2021-22.  Butler re-injured his tailbone on Dec. 6 in a 105-90 loss to the Memphis Grizzlies, scoring 10 points before leaving for the locker room midway through the third quarter.  Butler favored his back after a hard fall in a missed driving layup early in the first quarter.

His return couldn’t come at a better time as Miami was without its star guard Kyle Lowry, who entered the NBA’s Health and Safety Protocols on Saturday.

Markeiff Morris (neck) and Kyle Lowry (health and safety protocols) have been ruled out.

The Associated Press contributed to this report.