Police in Kennesaw are searching for a man wearing a bright yellow jacket and a mask who walked into the Chevron on Cobb Parkway and ended up smashing open a gaming machine.

KENNESAW, Ga – Kennesaw police are looking for a thief got away with thousands after taking a sledgehammer to a gaming machine.

It happened at the Chevron on Cobb Parkway on Saturday afternoon when there were plenty of customers pumping gas and inside the convenience store. 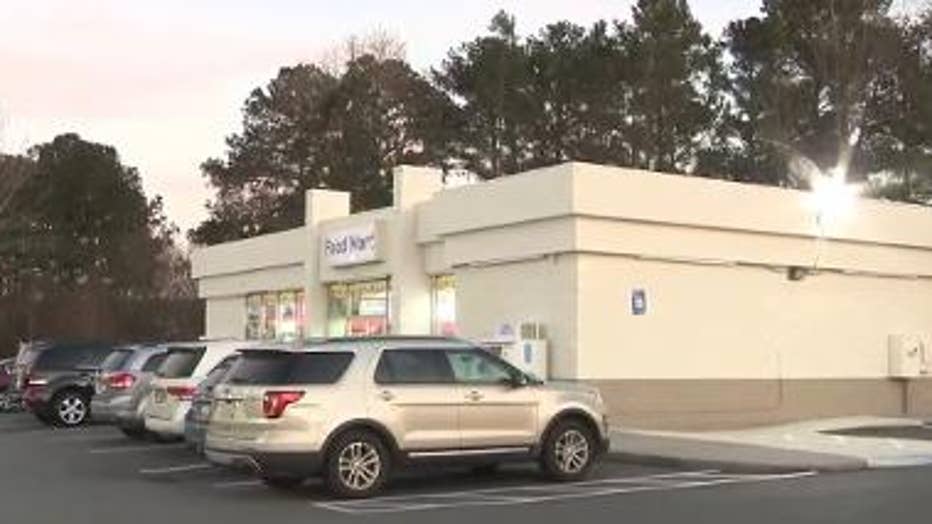 “My customers were shocked, we were all shocked,” said the owner of the store.

The owner told police a man who looked like he had just gotten off work, sauntered in.

Surveillance video shows the man at a gaming machine, feeding in bills.

The man walked out of the store, then came back a few minutes later, stopping briefly to prop open the door with an outside mat.  The owner believes he did this, so he could make a quick get away. 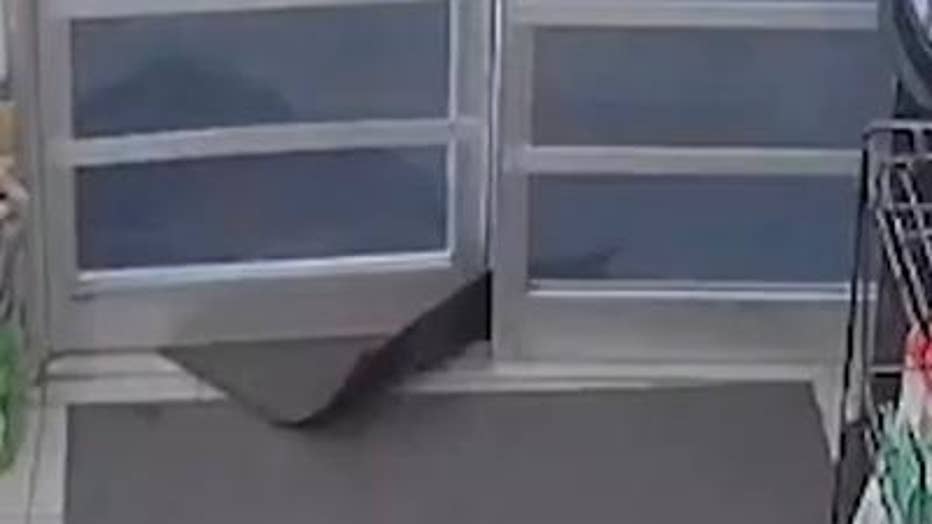 “He might think I would lock the door, some people have a magnetic locks on the door so if something happened he couldn’t leave,” said the owner.

Once inside, the man headed back to the gaming machines. Surveillance video shows him whacking the machine with a sledgehammer. Police say he broke open the console and grabbed a wad of cash.

“The victim estimates it will be about 7000 dollars in cash,” said Officer Buchanan.

“He was grabbing the cash I didn’t know if he had a gun or anything i didn’t approach him,” said the owner. 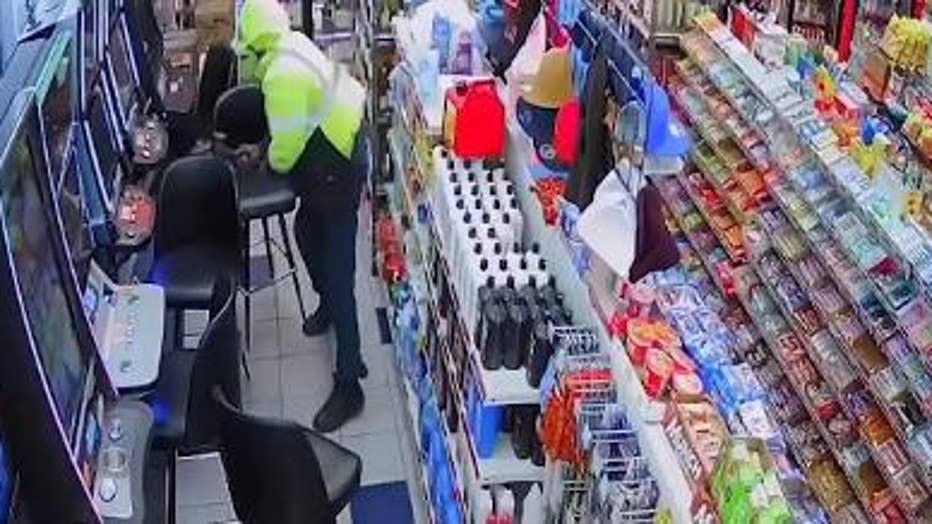 Witnesses told investigators the man ran across the parking lot to the McDonald’s parking lot next door and got into the passenger side of a white car. Witnesses said there was a woman in the driver’s seat. They raced out of the parking lot. Now the search is on to find him. 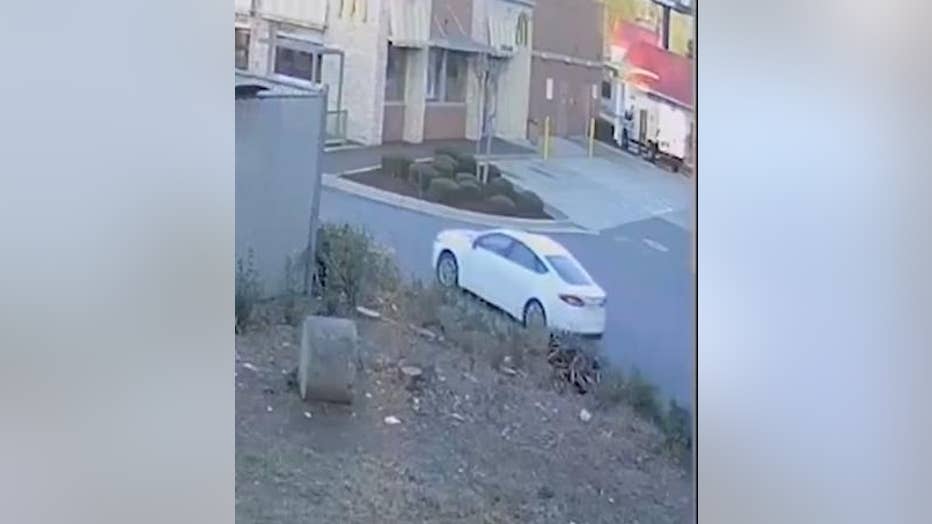 “We have issued a ‘Be On the Look Out’ to all surrounding agencies, we’re hoping the public can help identify this guy,” said Buchanan.

The man is facing charges of theft as well as interference with government property because the machines belong to the Georgia Lottery.