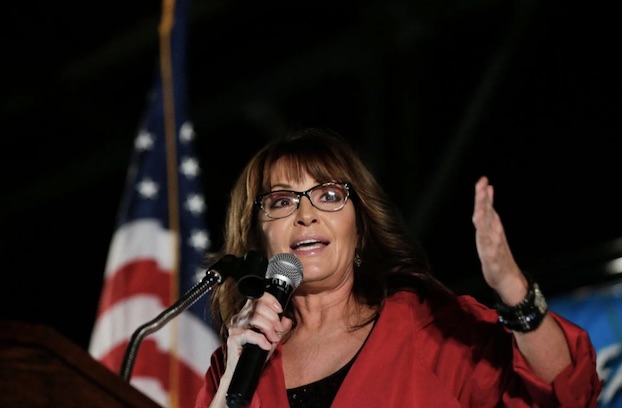 Sarah Palin on Friday shook up an already unpredictable race for Alaska’s lone U.S. House seat, joining a field of 50 other candidates seeking to fill the seat held for decades by the late-U.S. Rep. Don Young, who died last month.

Palin, a former Alaska governor who was the 2008 Republican vice presidential nominee, has the biggest national political profile in the packed field that includes current and former state legislators and a North Pole city council member named Santa Claus.

“Public service is a calling, and I would be honored to represent the men and women of Alaska in Congress, just as Rep. Young did for 49 years,” Palin said in a statement on social media.

Young, a Republican, had held Alaska’s House seat since 1973 and was seeking reelection at the time of his death last month at age 88.

Others in the flurry of filings before Friday’s deadline were state Sen. Josh Revak and Tara Sweeney, who are both Republicans and were the statewide co-chairs of Young’s reelection campaign.

Palin resigned as governor in 2009, partway through her term, and said she could make a difference outside the governor’s office. She also had expressed outrage over ethics complaints she felt had frivolously targeted her.

Palin has kept a low profile in Alaska politics since then but maintained a presence nationally, including through speaking engagements, appearances with conservative outlets and on reality TV. She also was an early supporter of now-former President Donald Trump.

She has hinted at possible runs for office in the past but never took the plunge. In her statement Friday, she said America is “at a tipping point” and that she’s in the race to “win it and join the fight for freedom alongside other patriots willing to sacrifice all to save our country.”

A special primary is set for June 11. The top four vote-getters will advance to an Aug. 16 special election in which ranked choice voting will be used, a process in line with a new elections system approved by voters in 2020.

The winner, targeted to be certified by Sept. 2, will serve the remainder of Young’s term, which expires in January.

Others who filed Friday include Democratic state Rep. Adam Wool; independent Al Gross, an orthopedic surgeon who unsuccessfully ran for U.S. Senate in 2020; and Emil Notti, a Democrat who narrowly lost the 1973 election to Young. Former lawmakers Andrew Halcro and Mary Sattler Peltola are also running.

Begich, an early challenger to Young, said he sees the Matanuska-Susitna region, a hotbed of conservatism that includes Palin’s hometown of Wasilla, as one of his strongest areas of the state.

Begich said there are a “lot of opportunistic candidates, in our view, that have chosen to get in. I think that the entry of Gov. Palin is completely consistent with that sort of spirit of opportunism that we’re seeing right now.”

Revak, who previously worked for Young’s office, said he felt a “strong calling and a duty” to step forward.