Consumers average more than 90 minutes of smartphone gaming and approximately 7 separate gaming sessions per day, according to Global Wireless Solutions’ (GWS) State of Mobile Gaming in 2021. But heavy gaming app usage across all ages and genders isn’t translating to a significant financial investment, as more than half (55 per cent) of mobile game players have spent $1 or less on their favourite game in the past three months.

The report also reveals the competitive nature of mobile gamers: 20 per cent of consumers have either thrown their phone in disgust or swore in a public setting in reaction to losing a game. Despite the extreme reaction of some gamers, however, survey data shows the primary motivation cited by gaming consumers (29 per cent) for playing mobile games is to pass the time/relieve boredom.

GWS used its OneMeasure Consumer Panel (OMCP) to generate the analysis. The OMCP is an opt-in panel that measures consumers’ mobile app usage and behavior, network performance and consumer perceptions. As such, the ‘State of Mobile Gaming in 2021’ is a unique study that blends together critical insights into gaming consumers’ smartphone behavior and consumer sentiment based on survey responses. 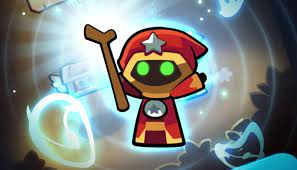 Other key findings from the study include:

Smartphone game spending remains light: The majority (55 per cent) of the respondents spent less than $1 on mobile games in the last three months. Casual & Puzzle (69 per cent) and Card & Casino (62 per cent) game players were most averse to spending money on in-app purchases. Fighting, Survival and Role-Playing Games (RPG) players were the industry’s biggest spenders, as 10 per cent of those gaming consumers spent between $20-24.99 in the past three months.

Some consumers prefer Words with…Strangers: Only 7 per cent of consumers cited “staying connected with family and friends” as a motivation for playing mobile games, a sign that consumers may need a break from their immediate family following the pandemic. The most cited reason consumers play mobile games was to “pass the time/relieve boredom” (29 per cent).

What Makes A Good Gaming Experience: When asked what smartphone factors matter most to facilitate the best gaming experience, 31 per cent of gaming consumers indicated uninterrupted gameplay was most important, followed by battery life (20 per cent) and screen size/quality (16 per cent). Gaming consumers, for the most part, didn’t express significant concerns with the time it takes to load a game – suggesting that latency advancements have improved game load time. The only players that responded that game load time was the most important factor to them were gaming consumers who played Strategy & Action-Adventure games.

“While it’s well documented that mobile gaming has exploded over the last two years, the real surprise was how frequently consumers are playing games in terms of the volume of time and sessions per day,” said Dr. Paul Carter, Founder and CEO of Global Wireless Solutions. “The data gleaned from combining OMCP survey results and actual consumer usage patterns highlights critical mobile gaming trends that occurred throughout 2021. These trends serve as valuable guidance on what consumers crave most while gaming and provide app developers, smartphone manufacturers and carriers insights they can leverage to deliver a superior mobile gaming experience.”