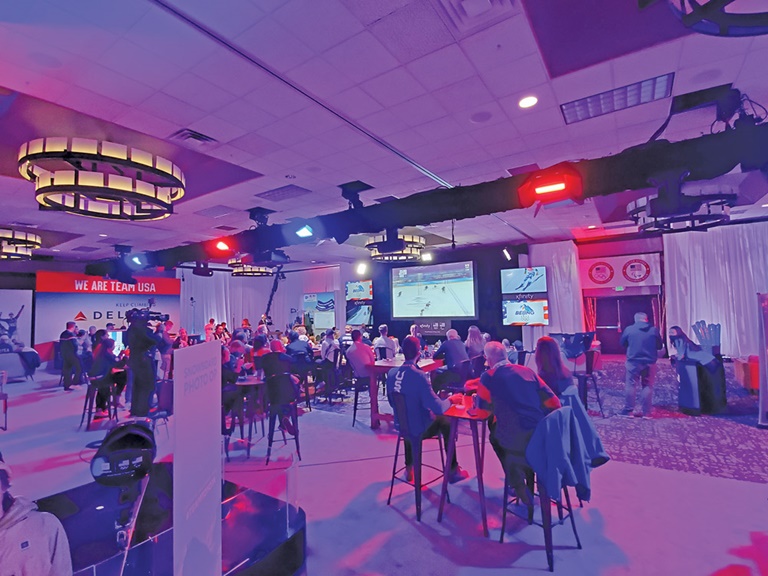 On Feb. 8, hundreds of people gathered at the University of Utah’s Rice-Eccles Stadium to witness the relighting of the Olympic cauldron from the 2002 Salt Lake City Olympics and Paralympics.

In addition to marking the 20th anniversary of those Games, the event served as a clear rallying cry for the ongoing bid to bring the Olympics back to Utah as soon as 2030.

Fraser Bullock, chief operating officer of the 2002 Games and now the president and CEO of the Salt Lake City-Utah Committee for the Games, led the proceedings, which highlighted the storied legacy of how the Olympics helped transform the region into a top destination for training athletes and winter sports fanatics alike. If the connection to the state’s future Olympic prospects wasn’t clear enough, Utah Gov. Spencer Cox made sure to erase any doubt.

“So much of what we love and enjoy about Utah can be tied to what happened back in 2002,” he told the crowd. “So let’s light that flame and keep that flame burning until the Olympics come back in 2030.”

The legacy of the 2002 Games largely revolves around the massive infrastructure projects still used by Olympic hopefuls today. Those venues should give Utah an edge with an increasingly cost-conscious International Olympic Committee.

The winter sports facilities that made hosting the Games possible in 2002 and, potentially, once again in 2030 owe a debt to late New York Yankees owner George Steinbrenner. Following Team USA’s poor showing at the 1988 Calgary Games, the Boss was tasked by the United States Olympic Committee, as it was then called, with leading a commission that eventually determined American Olympians lacked necessary resources and facilities in their home country. That report would eventually lead the USOC to throw its weight behind a Salt Lake bid, with the state of Utah contributing a $59 million bond for new venue construction.

According to Colin Hilton, Utah Olympic Legacy Foundation president and CEO, local elected leaders had also identified an opportunity to not only host the Olympics and Paralympics — the first time an organizing committee had ever managed both — but to leave a lasting legacy beyond just infrastructure.

“I would argue that Utah and Salt Lake ’02 sort of started the ideas of legacy,” said Hilton. “The notion of what to do with facilities afterwards, especially in winter sports, Utah really had created a plan seven years before the Games actually occurred.”

The financial success of the Salt Lake Games allowed organizers to pay back the state and then contribute an additional $76 million surplus to create the Utah Olympic Legacy Foundation. The self-funded organization is responsible for maintaining Utah Olympic Park, Utah Olympic Oval and the Soldier Hollow Nordic Center, spending $314 million since its founding on operating those venues and employing a staff of over 600 employees, around 150 of them full-time.

Yet, despite the long-lasting investment, some local leaders say the legacy of those 2002 Games has begun to fade. The hope is that this year’s anniversary celebrations will reengage locals with Utah’s Olympic history. “The further away from the Games we get, and the more new people we have coming into the community, it seems like maybe those people would benefit just a little bit from getting to have a little taste of what the Olympics were about when they were here,” said Park City council member Max Doilney, a lifelong city resident. 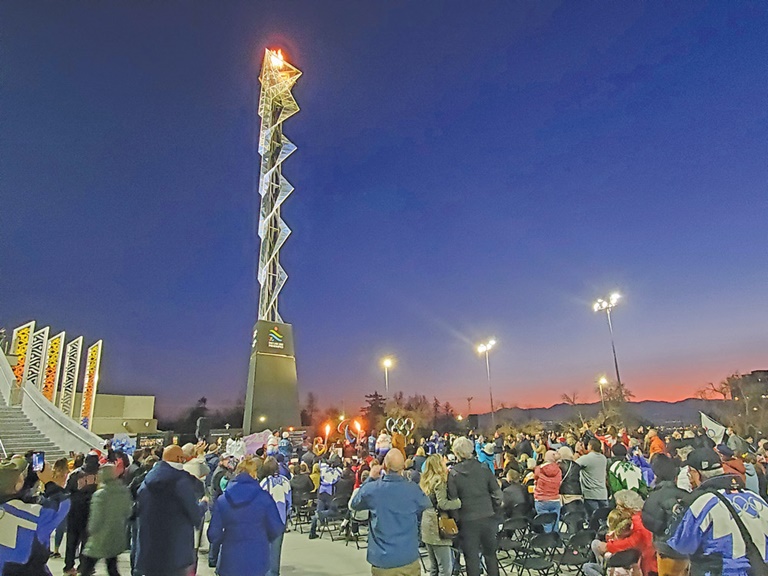 Beyond the relighting of the cauldron, celebrations include an ice-skating show and public skate at the Utah Olympic Oval and a 20th anniversary commemoration in Park City that featured pin trading, fire pits, athlete appearances and sports demonstrations.

Park City, which was home to both competition venues and pedestrian activations in 2002, has lent its own support to 20th anniversary efforts. The city waived a lease fee for this past weekend’s anniversary gathering, and it helped fund the installation of a video board on Main Street that will broadcast throughout the Games. That plan cost a total $40,000, with the expense shared evenly between the city and chamber of commerce.

Those efforts may help soften a wary constituency. “The competition for using public spaces is at an all-time high. And the community has had enough,” said Park City Economic Development Manager Jonathan Weidenhamer, who oversaw the Main Street celebrations in 2002. “The business community doesn’t want their day-to-day interrupted; their rents are so high they can’t afford two hours of not having normal business. And the residents are sick of the city facilitating anything that could bring in more traffic or more noise.”

There is little doubt that Utah will be capable of playing host in eight years. In fact, the UOLF has been working since 2015 to ensure existing facilities are Games-ready by 2027, spending around $3 million to $5 million per year on capital expenditures. Hilton is leading the bid committee’s discussions with potential venues, from the Utah Jazz’s Vivint Arena to ski resorts like Park City and Snowbasin, and expects a venue plan outline will be ready in the next three to four months.

The Salt Lake committee still needs to fend off rival bids from Vancouver and Sapporo, not to mention convince the LA28 organizing committee that consecutive Games in the United States won’t cannibalize marketing opportunities. But organizers are confident in their plan.

“We’re really looking to promote a lasting legacy for sports, and especially winter sports in the state,” said Hilton. “I would characterize it as further building upon what we call our living legacy, so that it is something that will last for generations after our future Games.”